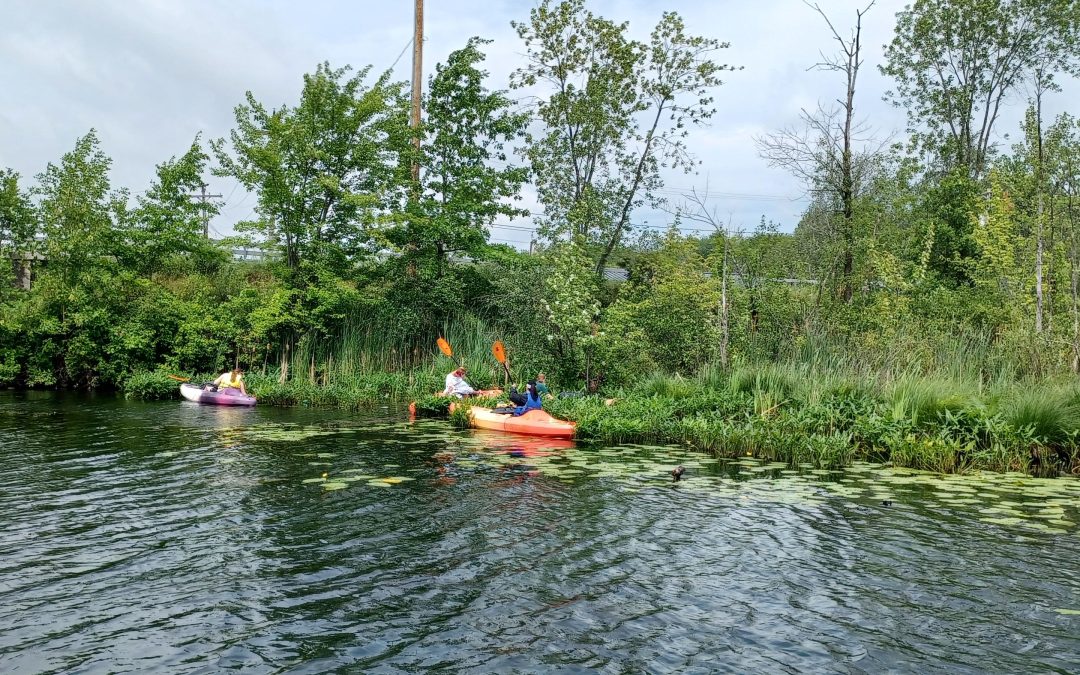 A water chestnut pull was held on Monday, June 27th at Fish Creek outlet on Saratoga Lake.  This invasive species is an aquatic plant native to Eurasia and Africa.  It was brought to the US for ornamental use in the mid 1800s.  After some training by the PRISM team, crews set out in kayaks to hand pull the plants.  There were 28 people who spent a collective 65 hours on the water removing water chestnut and European frog-bit.  Approximately 1150 pounds of dewatered plant material were removed!  There’s more to do and another chestnut pull is planned for July 25th.

Special thanks to the following for coordinating and making this happen!

Interested in helping a the next water chestnut pull on July 25th?  Register here.