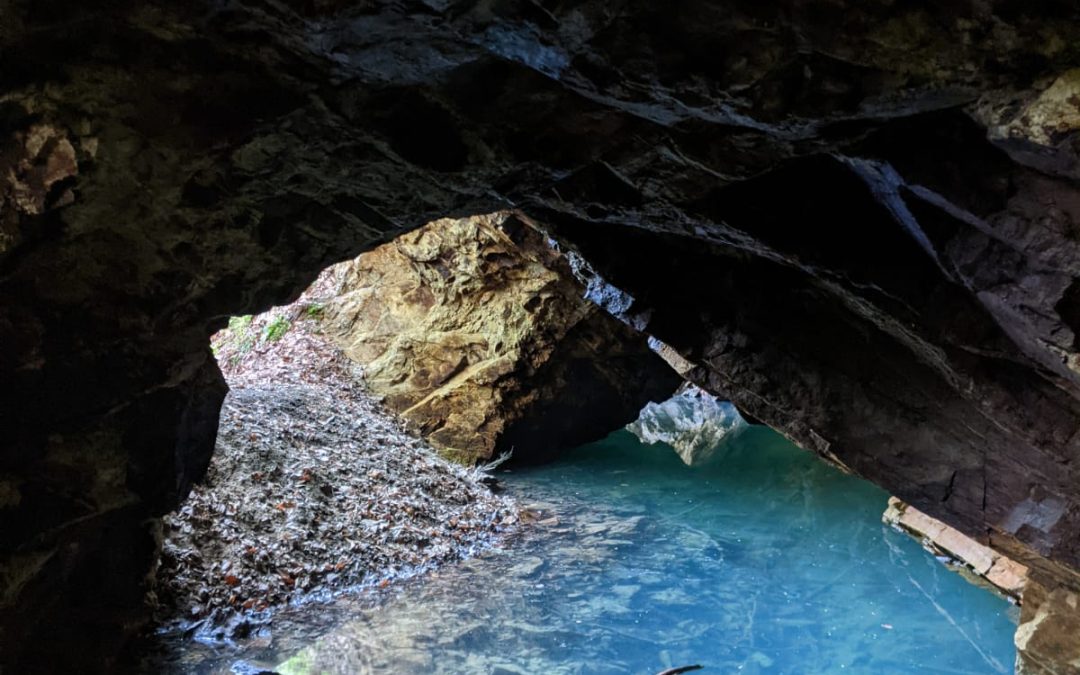 Saratoga PLAN, in partnership with the Open Space Institute, Saratoga County, Wilton Partners LLC, and other Palmertown Partners are building more than five miles of trails for mountain biking, hiking and more in the towns of Wilton and Greenfield. The group is also working to permanently conserve the 202-acre property, which will be acquired by Saratoga County for a community forest. The public is invited to contribute to a fundraising campaign led by Saratoga PLAN that aims to raise $20,000 for the Graphite Range, a Saratoga County Community Forest project. The fundraising campaign is taking place between April 22nd and June 4th, fittingly bound by Earth Day and National Trails Day.

Graphite Range Community Forest will provide an essential linkage of multiuse recreational trails within a larger, 50-mile trail network known as the Sarah B. Foulke Friendship Trail System. The fundraising effort supports the acquisition and conservation of the property, as well as the creation of a world-class trail system and amenities. Family-friendly trails are being built this spring and summer, and it is expected that the property will be purchased by Saratoga County sometime this coming fall. People who want to help make this community forest project happen can make donations online at: https://saratogaplan.org/saratoga-county-community-forest/ or mail in their donation to Saratoga PLAN, 112 Spring Street, Saratoga Springs, NY 12866.

Throughout the fundraising campaign, community members are sharing sneak peeks of the picturesque property via videos on social media to bolster support from friends and neighbors. Todd Shimkus, President of the Saratoga County Chamber of Commerce, visited the property on a snowy afternoon in March. His Facebook caption teases, “I didn’t have to travel very far at all from my downtown office today to enjoy an amazing adventure. Mountains, streams, trails, caves, all without any sounds except for running water.”

Other notable locals to follow on social media as they share previews of the Graphite Range Community Forest in coming weeks include members of Saratoga Shredders, a girls mountain biking group, Saratoga Stryders, a group of avid local runners, local businessman Artisanal Brew Works’ Kurt Borchardt, and more. Each of these groups will be featured on the Palmertown Range’s Instagram and Facebook pages, too.

“This is truly becoming not just a community-oriented project, but also a community-driven one. People are rallying to contribute through all kinds of creative ways, offering their talents, making donations, and volunteering,” said Maria Trabka. “This community-managed forest is certainly on its way to becoming a treasured community resource – and one that will endure for generations to come. Outdoor community places are essential for our health, prosperity, and wellbeing, and we are very fortunate that Saratoga County recognizes the multitude of public benefits and environmental services that conserved lands offer for current and future generations.”

Saratoga PLAN, a conservation organization helping people preserve the rural character, natural habitats, and scenic beauty of the Saratoga County region, has played a fundamental role in preserving the quality of life in Saratoga County. “Partnering with local municipalities, state agencies, Skidmore College, Saratoga County, and the Open Space Institute, PLAN’s primary role has been in providing the glue and support so that everyone in the community has a chance to participate in conserving land and planning and building an extensive trail network that is welcoming, accessible, and accommodates a variety of users’ needs,” Trabka said.

“The Saratoga County Community Forest property provides a key connection within the Palmertown Range conservation area and builds on a larger collaborative conservation effort that is helping to transform this region into a prime recreational destination,” said Kim Elliman, president and CEO of the Open Space Institute, which has protected more than 3,300 acres over the last six years within the Palmertown Range. “We are proud to be part of this wonderful community effort to create Saratoga’s first publicly-owned community forest and, with the addition of a trail network, make the land more welcoming for all.”

A Rich Forest with an Even Richer History

Current property owner Ethan Winter and his wife, Anne, moved to the area 17 years ago. “We were immediately drawn to the Adirondacks,” said Ethan Winter of Wilton Partners LLC. “With the Graphite Range Community Forest, we are honoring and sharing this special place in the hope that others will be inspired to appreciate and care for these resources. It’s also important to create welcoming access that enables everyone to experience what we are blessed with here.

While not opening to the public until fall 2022, Graphite Range is envisioned as a recreational hub for the surrounding communities as well as a space for environmental education. Permanently protecting the property’s ecological value and resilience is key, too, because it’s located in the southern foothills of the Adirondacks, an area vital for regional natural resource connectivity. Three stream corridors serve as headwater tributaries for the Snook Kill and Spring Run, which feeds Loughberry Lake, the source of the City of Saratoga Springs’ drinking water.

Historically, most of the property was used as timberland, although a small portion abutting Route 9 was used as a golf driving range through the 90s. Between 1900-1920, the property was used for mining graphite. Traces of the operation are still visible, including old, mossy foundations, large grinding stones, and deep pits in the side of a cliff where the graphite was extracted. Historic interpretation and education await visitors who wish to journey back in time.

Now, the property features a rocky ridgeline with a high score for climate-resilient habitat or native species, lush, forested ravines carved by tumbling creeks, and a diversity of mixed northern hardwoods crisscrossed by logging roads ready for recreation.

“My vision is for this project to be a model for community-based forest stewardship and quite simply a place for people to meet, explore and connect. It’s the perfect place for “Friendship Trails,” Winter said.

Unparalleled Support for The Community Forest

To date, sizeable gifts from individuals and local foundations have collectively contributed $146,000 towards the project, all of which will be matched up to $150,000 by a local family. Word-of-mouth has been the primary means of fundraising thus far, with friends asking friends if they’d like to join them in making the project happen. Among the numerous local contributors is long-time PLAN supporter, the Christopher Dailey Foundation.

“The Christopher Dailey Foundation is delighted to lend our support to the Graphite Range Community Forest project. It is especially meaningful to us, being so close to where Christopher lived, close to where his memorial gym is located and right in the middle of the Saratoga community where our Foundation has focused our efforts. We are thankful to Saratoga PLAN and all the organizations and individuals that have worked so hard on this ambitious project,” said Mark Dailey, one of the Foundation’s Directors.

A nonprofit organization, dedicated to the children of the Saratoga Community, Dailey explained that The Foundation is most interested in seeing Graphite Range used by a broad spectrum of community members, “especially the at-risk youth of our community, to foster expanded access to the various outdoor activities the project promises.”

Saratoga PLAN and partners hope to raise an additional $20,000 by National Trails Day, June 4th, towards trail amenities like entry signs, kiosks, directional signs, bridges, safety barriers, benches, interpretive signage, trail markers, and more so the trails are ready for the public come fall when they are slated to open.

Until then, familiar faces like Open Air Sports’ Molly and Shane Kalil, local botany blogger Jackie Donnelly, and Beyond My Battle Executive Director and Co-Founder Martel Catalano are among those who will sharing a bit of their infatuation with the property via social media.

“Whether it’s a Tuesday afternoon or a Saturday morning, the convenience of traveling just a few minutes to completely immerse yourself in nature, either alone or with friends, is going to increase quality of life for community members,” said Alex Fylypovych, PLAN’s Community Engagement Manager. “If your eyes light up at the thought of more local outdoor access, we hope you’ll make a contribution so this project is realized.” Donations to the Saratoga County Community Forest are being accepted online at: https://saratogaplan.org/saratoga-county-community-forest/

The success of this campaign will augment further phased purchases of woodlands and multi-use recreational trails within the Palmertown Range. Many more projects are in progress or planned for the Palmertown Range, including a 3-mile trail system opening on April 23rd at a site known as the Tupelo Community Forest in the Town of Greenfield, and 4 other woodland conservation projects encompassing over 2,000 acres and eventually miles of public trails for hiking, horseback riding, mountain biking, and cross-country skiing in this extensive natural landscape in the Adirondack Foothills.

Graphite Range Community Forest is unique in that it will be the first community forest to be owned by Saratoga County, hopefully serving as a model for future citizen-run forests in the area.

In the community forest model of land conservation, municipalities or community-based organizations own the forestland and local citizens participate in the planning and management of forests. Community Forests provide multiple and significant benefits to the community and the protection of this property will not only prevent development of the land, but also safeguard the land’s natural resources and drinking water quality, protect the property’s carbon stores, and provide a site for community recreation and education.

Joe Grasso, Town of Charlton Supervisor and Chair of the Saratoga County Board of Supervisors’ Trails and Open Space Committee said, “Saratoga County is proud to support our area’s first publicly owned community forest and we are thankful to Saratoga PLAN for their leadership of the community development aspect of this project. This public-private partnership will serve as a model for community forest development projects that not only create recreational opportunities for residents and visitors, but also promote long-term forest conservation and economic development opportunities for tourism and the wood products industries.”

Additionally, Saratoga County has pledged $120,000 towards the purchase of the property, plus an additional $20,000 to local towns to construct parking areas at two trailheads, one in Wilton and one in Greenfield.

To help set the project and property up for success, and as a testament to true public involvement, a volunteer Community Forest Management Team made up of local land managers, planners, educators, and outdoor enthusiasts, was formed in late 2021. The team is currently devising a Community Forest Management Plan which will be used to guide recommendations to the County for management of the land for at least the first five years.

“We are honored to be a part of the management team while representing such an awesome demographic: local kids – and grown-up kids alike,” said Shane and Molly Kalil, Founders of Open Air Sports. “As Wilton residents, we believe this new Community Forest will be such an invaluable asset and resource to our evolving community. Aligning activities like mountain biking, hiking, trail running, cross country skiing, and snowshoeing with incredible scenery and historic features is such a unique opportunity to explore. As we like to say, Let’s Get Outside!”

A Piece of the Palmertown Puzzle

The vision for the Palmertown Range is to establish the Saratoga County area as a regional recreation destination and bolster its economic development while conserving critically important natural resources. Developing a multi-use spine trail connecting Skidmore College to Moreau Lake State Park is a major recreation goal. Graphite Range Community Forest is not only a key connector in the larger Sarah B. Foulke Friendship Trail system of the Palmertown Range, but it also serves as an example of the ample opportunities outdoor recreation will provide for families, communities, and businesses in the Saratoga County region. You also don’t have to wait to enjoy trails in the Palmertown Range. Already, there are wonderful public trails to take you from water level up to the ridge of the Palmertown Range in Morea Lake State Park, Lincoln Mountain State Forest, and Daniels Road State Forest.