The Hennig Preserve, located just outside of the Adirondack Park, is Saratoga PLAN’s largest nature preserve, boasting ~606 conserved acres of land with approximately 10 miles of trails riddled throughout. 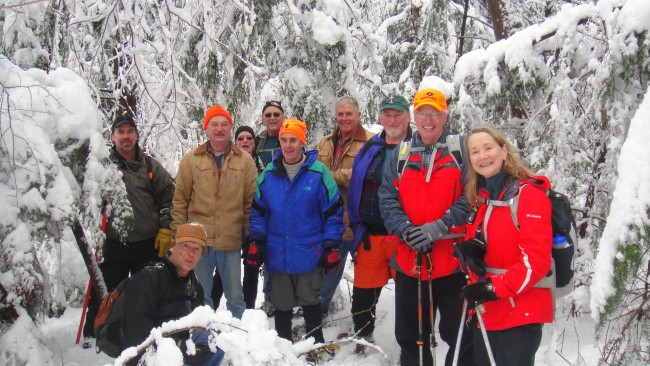 The Hennig Preserve was generously donated to Saratoga PLAN by the Hennig family in the fall of 2010. Bob Hennig, Penny Steffen, Barbara Hennig and the late Mally Sue Bleikamp Hennig lovingly cared for this land for over 50 years and accumulated the acreage that would become this preserve in many stages. Prior to their ownership, this land was used primarily for subsistence farming, logging, charcoal-making and maple syrup production, among other things.

Saratoga PLAN manages the property as a natural area for native forest and wetland flora and fauna. It is open to the public for passive recreation such as hiking and walking, cross-country skiing, snowshoeing, and nature study.  A conservation easement placed in 2002 on the preserve, as well as on an additional 140 adjacent acres, prevents all other uses.

The Hennig Preserve relies on the continued efforts of its dedicated volunteers to steward this land and maintain the vision of the Hennig family. The volunteers at the Hennig Preserve have scouted out the best trail locations, and have laid out and marked trails through lush forests with views of beaver meadows, creeks, and ponds. The Hennig volunteer group has also worked with Saratoga County to integrate 476 acres of contiguous county forestland into the trail network.

Thanks to the dedicated help of our volunteers and Skidmore College, Saratoga PLAN’s project at the Hennig Preserve has accumulated information on a number of unique historical and geological features such as cellar holes, wells, charcoal-making pits, and esker (ridge) formations.

The major goals of this grant are to:

The volunteers that care for the Hennig Preserve meet up almost every Monday throughout the year to help ensure that the preserve’s trails are always in great shape for visitors! 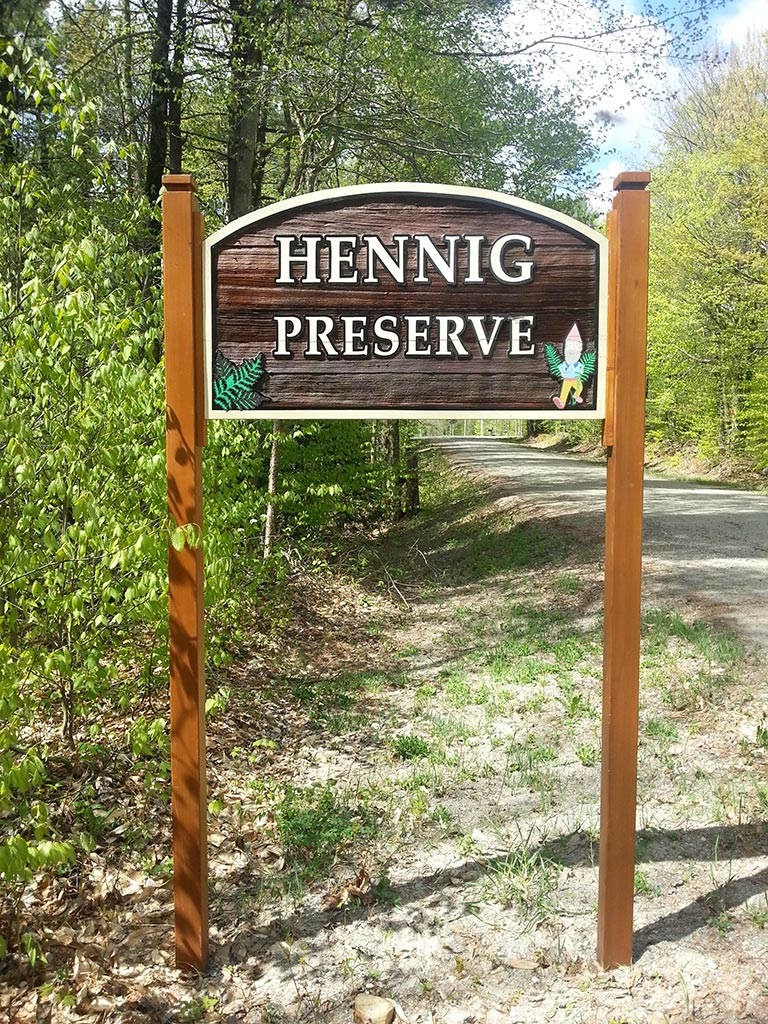